The 21st annual Northeast Florida Highland Games and Festival will be held Saturday February 27, 2016 at the Clay County Fairgrounds, in beautiful Green Cove Springs, Florida @ 2497 State Road 16 West. The festival will begin at 9 AM and run until 10 PM.
My Top Ten Reasons to attend the Northeast Florida Highland Games and Festival
10. To listen to Scottish music
Albannach, Cleghorn, and Cuttin’ Bracken will be performing at this year’s games.
9. To watch Scottish Athletics competitions
According the official web site, http://www.neflgames.com, the competitions will include
“Clahneart or “Stone of Strangth” (16 lbs. Stone)
22 Lbs. Hammer Throw
28 Lbs. Weight Toss
56 Lbs. Weight Throw
56Lbs. Wright Toss for Height
Turning the Caber/ Caber Toss
Sheaf Toss (16Lbs.)”
8. To discover ancestral heritage
Clan MacPherson is the honored clan at this year’s games, but several clans attend the games and set up displays in the Clan Tent representing their clan.

I wonder what my McSpadden and Martin ancestors would think of me in the picture below from last year’s games.

“Whisky Tasting
Friday February 26, 2016
Tickets are $25 per person. Purchase them in advance
http://neflgames.com/Whisky_Tasting.html

I took these pictures last year when my family attended the games.

Hi, we are the baby coos, Annabell and Ella who will be at the NEFL highland games . Please come visit us. 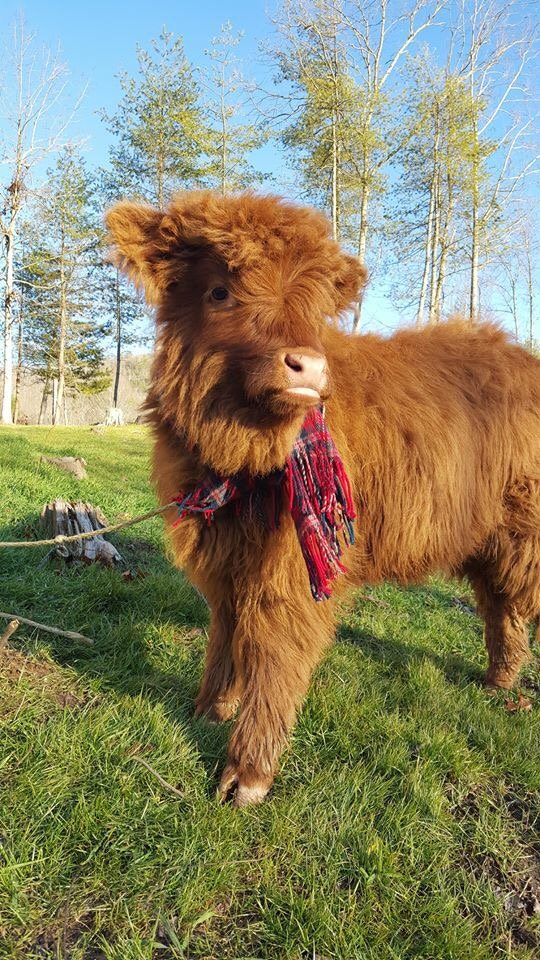 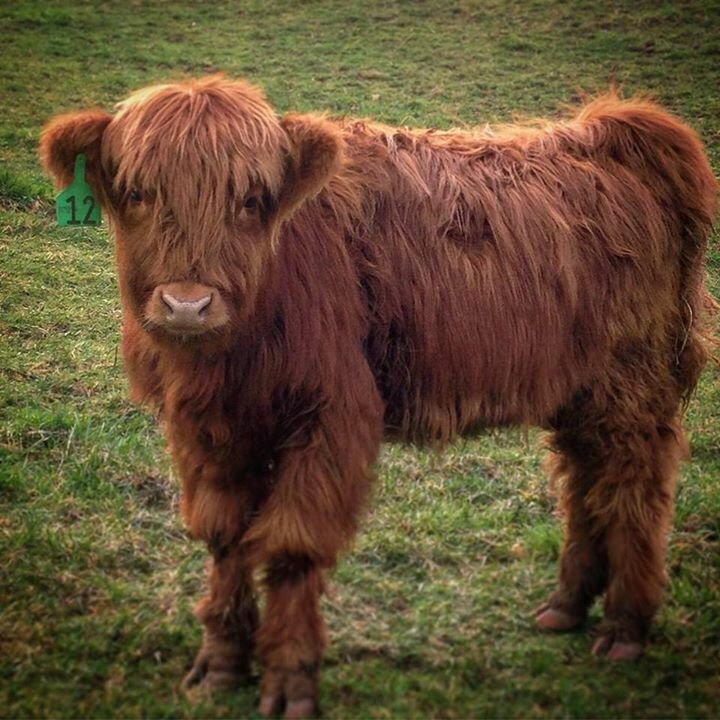 I learned something new while reading the official site researching this post.

I have blogged about my love of bagpipes in previous posts.  I absolutely adore the sound of bagpipes.  The Jacksonville Firefighters Pipes and Drums, pictured below, played during the games last year.  Clay County Sheriff’s Office Pipes & Drums will be playing throughout the day during the games on Saturday.

I have hunted for haggis in the Jacksonville area for months.  The NEFL games and the Lannadoo Celtic Fest in Jacksonville Beach are golden opportunities to try Scotland’s national dish.

There will be men in kilts at the Northeast Florida Highland Games and Festival.

Personally, I have been spoiled by the Outlander television show.  Jamie Fraser has set the bar high for kilt wearing men everywhere.  I had a conversation with a friend on Twitter, originally from Scotland now living in the States, on this subject.  I shared my experience from Lannadoo Celtic Fest.

Me: At #LannadooCelticFest tonight, man leaned over to me and says, “beware of a man wearing a kilt and holding a pitchfork.” Sound advice

J: @jennymcinspired NEVER be wary of a man in a Kilt holding a pitch fork…. It could be your James Fraser

Me: Saw said man later at Fest. He was in a kilt carrying blue pitchfork, wasn’t scary, but was no #JamieFraser 😉

J: Sadly, much like a kettle, there many many degrees of hotness. #tepid#cozy#Toasty! #YeeowThatsHot!

Speaking of Outlander fans, continue reading for the number one reason to attend the Games.

All donations from this experience go to the Leukemia & Lymphoma Society.  A basket including 1st edition signed copy of Drums of Autumn, Outlander the Musical CD, signed copy of Outlander, a Cooklander To the Stove cookbook, wall calendar, and Walker’s shortbread in Outlander box will be raffled.

Thank you so much for reading!  For more information about the games, go to http://neflgames.com/.  Follow on Facebook at https://www.facebook.com/Northeast-Florida-Scottish-Games-Festival-68490250131/, and on Twitter @NEFLGames.  I hope to see you Saturday!

Fantastic blog post! I’ve written about Bear Strength Clothing Co. in past posts. I really enjoyed reading about the brothers from Wales who founded the company. I cannot say enough good things about their clothing, the Bear Strength team, and their willingness to support various charitable endeavors.

Whether you are new to MyPeakChallenge or tackling round two, one thing is certain – you’ve fallen in love with Bear Strength active wear. But did you ever wonder about the gents behind the growl? Today we’re thrilled to have Andy Shear, co-owner of Bear Strength here for a chat, and to tell us more about the business side of the Bears – and what drives their success.

Thank you for joining us today, Andy. Please tell us a little bit about yourself and Bear Strength Clothing, Co.

Me and my business partner (and brother), Gareth started Bear Strength mid-2013. It is very much a family run business. We also like to employ local graduates in a bid to help with the local economy and take on university leavers and create a career for them. We are located in Cardiff, South Wales.

In the Posse we are big supporters of

Inspired by My Peak Challenge

I posted “Inspired by My Peak Challenge” originally in the early morning hours of February 1st EST.  Sam Heughan, Fight Camp, and Bear Strength Clothing Co. created the My Peak Challenge program to motivate individuals to reach their personal goals while at the same time raising money for Bloodwise.  I wish I had waited until the My Peak Challenge Prep Program went live to write this post.  Talk about inspiring!  Wow!  The amount of work that obviously went into creating this program is astounding!  It’s Day 3, there is still time to join if you have not already done so.  I may not go back to Titan Up Fitness.  Nah! I’m just kidding!  The MPC Prep Program complements what I’m doing at Titan Up Fitness, and my trainer says he’ll put on a kilt for Halloween.

Thanks so much for reading! Jenny Mc

I began blogging in October 2014.  After reading the first three books in Diana Gabaldon’s Outlander series and watching the first eight episodes of the television series, I was “inspired” to write.  More than a year later, I am still inspired.  I am inspired by Sam Heughan, Bear Strength Clothing Co., Fight Camp, The Box Magazine, and by all of the My Peak Challenge participants.

According to Merriam-Webster.com, inspire is defined as follows.

: to make (someone) want to do something

: to give (someone) an idea about what to do or create

: to cause (something) to happen or be created

: to cause someone to have (a feeling or emotion)

a :  to influence, move, or guide by divine or supernatural inspiration

b:  to exert an animating, enlivening, or exalting influence on <was particularly inspired by the Romanticists>

a archaic :  to breathe or blow into or upon

b archaic :  to infuse (as life) by breathing

a :  to communicate to an agent supernaturally

b :  to draw forth or bring out <thoughts inspired by a visit to the cathedral>

a :  bring about, occasion <the book was inspired by his travels in the Far East>

:  to spread (rumor) by indirect means or through the agency of another

Synonyms: bear up, buck up, buoy (up), cheer (up), chirk (up), embolden, hearten, encourage, inspirit, steel

According to Merriam-Webster.com, inspiring is defined as follows.

: causing people to want to do or create something or to lead better lives

: having an animating or exalting effect

First Known Use of inspiring 1717

Do these definitions and synonyms sound familiar?  Do they remind you anyone you know?  I am reminded of all the incredible people I have “met” through my own My Peak Challenge journey.  I participated in My Peak Challenge last year, and was fascinated by the positive and overwhelming response.  In a blog post from February 20, 2015, I wrote, All of the participants of My Peak Challenge are amazing!  The sense of community, positive attitude, strength, and tireless energy to work together towards the common goal to Beat Blood Cancers are awe-inspiring to me.

If you would like to participate by ordering the Supporter Pack go to http://www.bearstrength.co.uk/collections/my-peak-challenge.

Personally, I am working on a more specific goal for the challenge.  I reread my posts from last year.  In January 2015, I wrote, My excuse has been that I don’t have time.  I think that as Moms we do tend to put ourselves last on the priority list.  A good friend of mine told me recently that if you give all of yourself away, you don’t have anything else to give to anyone.  With that thought in mind, I made a promise to myself to carve out time for exercise, to recharge.  I still need to carve out time for myself.  I joined a gym this year in Jacksonville Beach, Titan Up Fitness.  I need accountability.  So far, my goal is to “tighten up at Titan Up”.

I completed the first week of their 13 challenge on Saturday.  I attended Boot Camp.  At the end, one of the trainers asked me how I felt.  I said, “Good, it gave me ideas of areas to improve on.” She said, “Are you breathing heavy?”  I said, “Yes!”  She responded, “Then you did great!”  It struck me as I researched definitions of inspire that she was absolutely right.

Middle English, from Anglo-French & Latin; Anglo-French inspirer, from Latin inspirare, from in- + spirare to breathe