In the #Outlanderofferings clip, The Outlander cast plays “This or That?” from Outlander Starz, Tobias Menzies says, “American football versus our football?” in response to football or basketball.

I have called the game with a brown and white oval ball American football in a previous blog.  My son calls the sport that he plays with the big round black and white ball soccer.  It makes me wonder how I should refer to the different sports.

As a mother and part-time preschool teacher with a small amount of knowledge of PR, I multitask and integrate as much as possible.  I found myself at the Riverside Arts Market representing the Southern Women’s Show in October with my son.  (The Jacksonville 2015 show will be October 15th-18th.  For more information, go to http://southernshows.com/wja.)  I follow their Twitter account @SWSJacksonville for updates as well.

My son, who was wearing his Jacksonville Football Club jersey because we were going to his game directly following the market, happened to be standing next to me at the Southern Women’s Show table.  A very nice couple approached the table, and I prepared to give them information about the show.  The following conversation happened instead.

Nice man: Do you play football?

(My son looks at me questioningly)

Nice Man: Good for you!  I see your jersey.  What does it stand for?

Nice Man: (Showing us his hat) do you know about the Hull City Tigers?  They are playing Arsenal this week.  I’m sure you get a channel that will show the game, you should watch it. What position do you play?

Nice Man:  (This is where I discovered just how seriously people in the UK take football.)  Keep playing…looking at me…it is so important that you support his playing.

Before I realize what he is doing; he takes out his wallet, and pulls out cash to make a donation to the JFC.  I thank him profusely, and explain that I can’t take his donation.  Because I suffer from Outlander Withdrawal, and have been striking up conversations with random people with accents, I ask him where he is from.  He and his wife are from England and are on holiday ending with a trip to Walt Disney World. 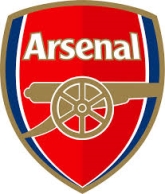 Now I am familiar with the Hull City, Arsenal, Manchester United, and Fulham teams.  The owner of the Jacksonville Jaguars, Shad Khan, is the owner of Fulham FC. Jacksonville also has a new soccer team, Jacksonville Armada FC.  The team’s web site, www.armadafc.com, refers to the game they are playing as “soccer”, so I will do so as well.  I am thrilled that I am learning so much as a result of watching Outlander and starting a blog.

I discovered Jacksonville has a rugby team, the Axemen.  The only things I know about Rugby, I learned from reading the Escape to New Zealand book series by Rosalind James.  I would recommend reading the series, it felt like I was actually in New Zealand while reading her books.  My travel wish list now includes trips to Scotland and New Zealand.

I still have questions.  My son is playing flag football during the winter.  It is non-tackle American football.  Players wear a belt with flags.  The defensive team removes the flags of the ball carrier.  I’m not sure what you would call that in the UK.  I also wonder what people think when the Jacksonville Jaguars play in London.

I really should have had my husband write this blog.  ESPN is on 24/7 at our house between my husband and son.  My husband is playing in a fantasy football league this season, so not only is the TV on, but he has commandeered our lap top.  I walked in the family room this afternoon, and asked, “Are you using the lap top?  I am thinking about working on a blog post.”  He says, “Can you give me 10 minutes?  The Fulham game will be over then and the lap top will be all yours.”

We have 14 weeks until April 4th.  I realized that the deadline for registration for Jacksonville Football Club for the recreational and developmental leagues is January 31, 2015 for spring.  Football and soccer games and practices should help to take my mind off of my Outlander Withdrawal.

Thanks so much for reading!  Please let me know if you have any answers to my questions.

I had a very fun Twitter conversation today which became the inspiration for this short blog.  I am starting with the last verse of the song.  Be very grateful that it doesn’t come with my vocals.  😉

On the twelfth day of Christmas, my true love gave to me… 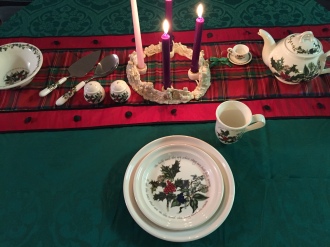 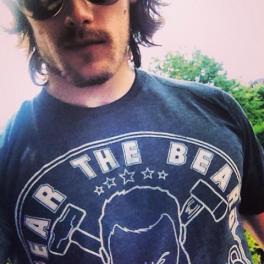 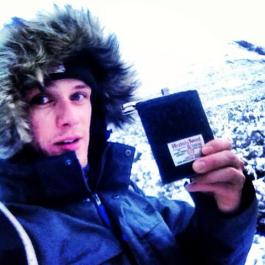 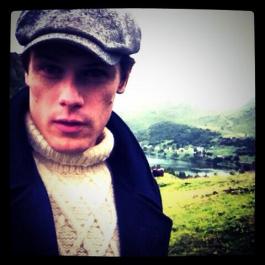 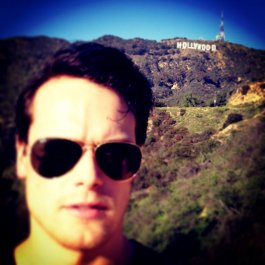 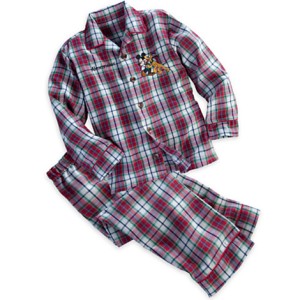 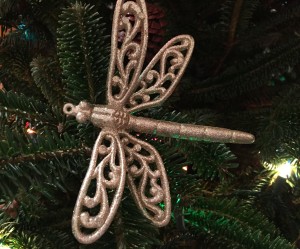 and a Santa with a kilt and bagpipes

Merry Christmas from our home to yours!

As always, I look forward to hearing from you!

Merry Christmas dear readers!  You already know I am a fanatic about Outlander, but I am also a Disney fanatic.  A Christmas tradition for my family is to go to Mickey’s Very Merry Christmas Party in the Magic Kingdom at Walt Disney World.  We haven’t missed a year in twelve years.  Living in Florida makes it an easy trip.  We stay in one of the resorts on property, and spend two nights.  The event is a hard ticket event, meaning you pay extra for admission to the party.  We have learned over the years that although the party officially starts at 7:00 p.m., they will let you into the park with your ticket at 4:00 p.m.  The party ends at midnight so if you go in at 4:00, you still have eight hours in the Magic Kingdom.  We think of the party ticket as a “park ticket” for the day of the party.  My favorite part of the night is Mickey’s Once Upon A Christmastime Parade.  Characters from the movie Frozen made an appearance this year.  There are still tickets for the party available for the 18th of December. 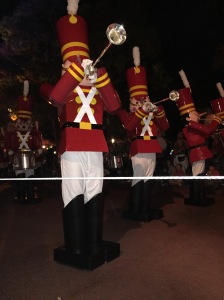 For our second day at Walt Disney World, we pick another park to enjoy.  This year, when my husband asked the kids what park they wanted to visit, they said, “I don’t know.”  I responded, “I want to go to Epcot.”  This Disney Park features a World Showcase which houses pavilions from 11 different countries; the United Kingdom is one destination.  I have never been to the United Kingdom, but while I wish for an adventure across the pond, I happily took in my experience at the World Showcase.  We didn’t eat in the UK pavilion this trip, but I have visited the Rose and Crown Pub and Dining Room, and listened to the Pub musician on previous visits.  There is also the Yorkshire County Fish Shop available as a more casual option. “British Revolution” was performing while we shopped.  At the “Crown and Crest” shop, they will frame your family’s crest and history.  My husband purchased one for his Dad several years ago.  In the past, I have also seen Scottish tartans and ties.  I didn’t see any this time, but I spotted shirts, beer steins, and mugs.

The kids saw characters from Alice in Wonderland, Mary Poppins, Winnie the Pooh and Friends, and Peter Pan.  As we walked through the United Kingdom, I asked my husband, “Where are the bagpipe players?”

Me: They used to stand in between the Canada Pavilion and the UK Pavilion.

M: Did you want to come to Epcot just to see men in kilts playing bagpipes?

Me: Well, that wasn’t the only reason.

I asked some of the cast members if they knew of any entertainers that played bagpipes, and they didn’t know of any either.  The cast members that work in the World Showcase at Epcot are from the country they represent.  The very nice people I spoke with weren’t from Scotland.  I enjoyed listening to some lovely English accents though.

At this point, I am starting to question my sanity.  Is my Outlander Withdrawal so severe that I am imagining Scottish Highlanders playing bagpipes at Epcot?

That night, I Googled “Epcot World Showcase Bagpipes”.  I didn’t tell my husband “I told you so”, but there have been bagpipe players at the World Showcase from 1983-2014.  In my research, I found a fun blog, http://www.yesterland.com. Werner Weiss is the curator of Yesterland.  The blog compares photos from 1983 to photos in the same pavilion in 2011.  I learned so much from reading his blog.  For example, in 1983, the group was called the Calendonian Bagpipe Trio.  The piper and singer Jamie Holton founded Off Kilter in 1997, and has performed at the Canada pavilion since 1990.  The photos below were taken by Werner Weiss, and originally appeared in his blog December 9, 2011. 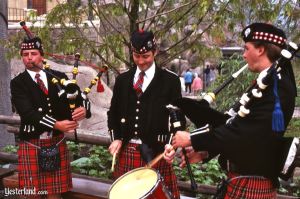 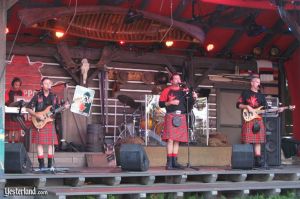 This made me wonder why the group performed in the Canada Pavilion.  Weiss answered my question in his blog, “When immigrants from Scotland settled in the country of Canada, they brought their culture—including kilts and bagpipes—with them. Canada at Epcot has had musicians with kilts and bagpipes since the park opened.”

Off Kilter’s last performance at the World Showcase was September 27, 2014.  I have lived in Florida since Epcot opened, and seen performances by the Calendonian Bagpipe Trio and Off Kilter.  I will definitely miss hearing the bagpipes as I walk around the World Showcase.  The band’s website is www.offkilter.net.  I also found an Off Kilter board on Pinterest, and am actually listening to Off Kilter as I type, very motivational.

A new musical group, the Scottish Musical Trio, a Celtic musical act, will be performing at the United Kingdom pavilion in the future.  I read an article in the Orlando Sentinel, http://www.orlandosentinel.com/travel/attractions/theme-park-rangers-blog/os-disney-ends-epcot-acts-off-kilter-20140828-post.html, with details.

We now have 16 weeks until Outlander returns on Starz.  Thank you for following this blog, and my Twitter account as I attempt to think of ways to pass the time until April 4, 2015!  Honestly, I was hoping to see men in kilts playing bagpipes at Epcot.  While I was disappointed, I did see some sights at Disney that reminded me of Scotland. 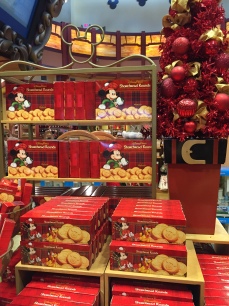 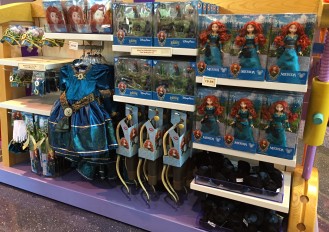 This edition of Outlander Inspired took me longer to write.  I found myself absorbed by the blogs and web sites I was reading to research.  Here is a list of the ones I referenced:

I was also sucked in by Pinterest; I found the Off Kilter board which led me to these fun pictures. 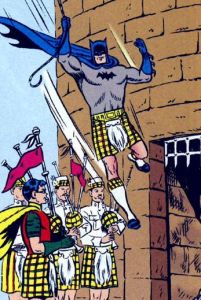 The above pic I found on Pinterest, and realized that it is via outlandishobservations.blogspot.com.  This is Gaelic for Merry Christmas and a Happy New Year.  Thanks Outlandish Observations!

Thank you again for reading!  I look forward to hearing from you!