I really appreciate your comments about the blog. I asked a very close friend what she thought of my last blog post. She was very honest, and shared that the tone in my last post was similar to a “ten year old at a Justin Bieber concert”. I did ask for constructive criticism. Devotion of that level was not my intent however. “I don’t know how to explain it,” I told her, “the books and television show have had an impact on me.” I’ve processed what she said, and curious, I Googled fan girl. Below is the Merriam Webster definition:

Now I understand why my sister asked me if I was going to the San Diego Comic Con.   I fear anything else I might say on the subject could be digging a deeper hole. I keep thinking of the television show The Big Bang Theory, the episode where Sheldon explains his framed restraining orders. (You can watch The Big Bang Theory on Thursday nights at 8:00 p.m. on CBS). On the off-chance that I would actually meet anyone associated with the books or show, a restraining order would not be the memento I would want from the occasion. I’m a fan. I’m a woman. I’ll leave it at that for now.

For the record, my love affair with all things plaid started early. I once had a crush on a guy in high school initially based on a pair of plaid shorts that he wore to school. Later, I met and fell in love with my husband, and now my last name starts with “Mc”. I had even agreed that my husband and his groomsmen would wear their kilts for our wedding ceremony until someone pointed out that I would no longer be the center of attention. We do have some nice pictures of him in his kilt at the Rehearsal Dinner and on our Honeymoon though. 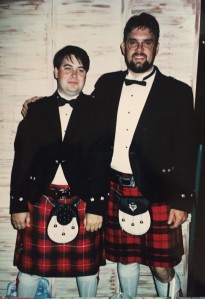 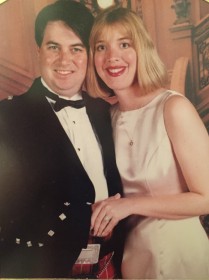 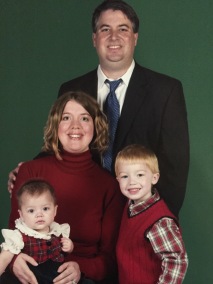 You know what they say about hindsight, it is always 20/20. I might make a different decision now after watching “The Wedding” episode of Outlander. 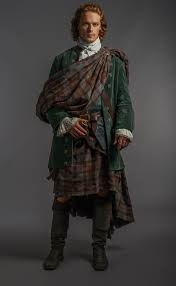 We have 19 more weeks until the second half of the season airs. Trying to think of ways to include my husband in this “obsession”, I thought of our trip to Tampa to order his kilt. Fourteen years have passed since we got in the car for our road trip. If your husband or significant other is interested in a kilt, this might be a fun weekend getaway. The kilts are pure wool, hand-made, and were woven in Scotland. The label says Lochcarron. At the time, the company was Dunedin Highland Wear. I went online, and they have changed their name to Lothian Kilt Rentals, and are located in Dunedin, FL, www.lothiankiltrentals.com. His best friend and wife joined us for the weekend. The boys went to the store to have their measurements taken, and the girls went shopping. We ate dinner one night at the Columbia Restaurant in Ybor City. The Flamenco dance performance was amazing. We also have a Columbia Restaurant in St. Augustine on St. George Street. I would highly recommend either location.

Closer to home, the Florida Celtic Festival is November 22 and 23rd at the Seawalk Pavilion in Jacksonville Beach. Their web site describes the event as follows. The 2014 Lannadoo Jacksonville Celtic Fest is a free, one-of-a-kind, weekend-long Celtic heritage festival held on November 22 & 23. The festival will showcase the best of the Celtic nations in a unique celebration of culture, music and heritage, all taking place in Jacksonville Beach! Go to www.lannadoo.com for more information or on Twitter @lannadoo. There is a Kids Zone with fun activities for kids of all ages.

I am going to take a break from reading Outlander this week. I want to read Gone Girl before the next book club meeting. I look forward to hearing from you!